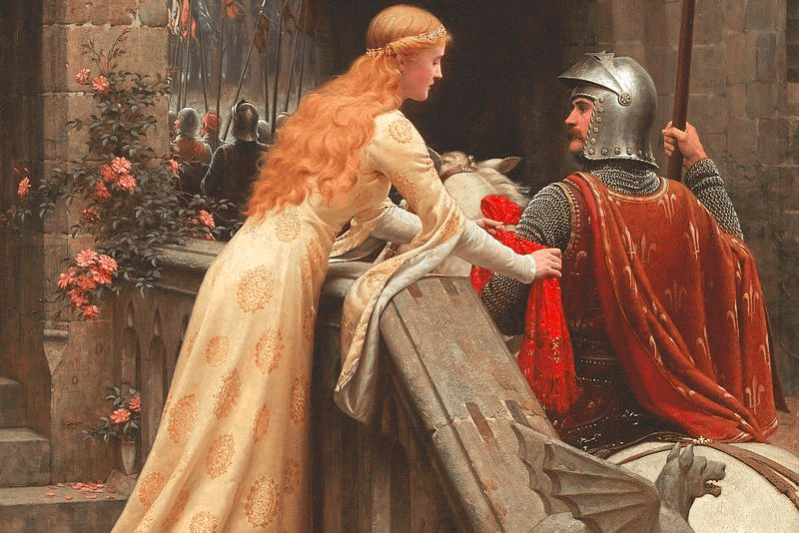 A recent study made the unsurprising observation that men open doors for women less frequently than they used to in years past. It used to be, of course, that opening a door for a lady, giving up one’s seat for her, and similar actions were considered signs of respect and chivalry, key aspects of how men conducted themselves.

This same study discovered something ironic. It turns out that the reason why men do not hold open doors for women is because they are convinced that women do not want doors opened for them, and may even be offended if they do. Thus it is, in our weird and contradictory culture, that men do not open doors for women because they are trying to be courteous. They are worried that women will be offended if they appear to be too courteous. Strange, isn’t it?

However, these researchers also found that while there may be some women for which this is true, the majority of women actually greatly appreciate when men open doors for them. They actually have no problem with it at all, and are grateful when it happens. So as it turns out, in our society men are just really confused about what women really want. (This probably is not the first or last time this will happen.)

This article is not primarily about the virtues of holding open doors, or about whether we should feel nostalgic for times past. Instead, I am interested in getting us to think more about the topic of chivalry, a word we rarely use anymore in the twenty-first century. Originally described as the ideal qualities expected in a true knight, particularly in the way they treated those weaker than themselves, chivalry today can be understood as the habits, manners, and customs by which boys treat girls and men treat women. In an era and culture where we experience a tremendous amount of anxiety about relationships between the sexes (think news stories about college campuses), a return to chivalry could hardly be more needed.

While you cannot find the word “chivalry” in the Bible, the concept is certainly based on two very biblical principles:

1. Faithful in a Little: When a boy opens a door for a girl he is not acting out of condescension, as if the girl is too weak to open it on her own. He is, rather, doing the same thing he does when he is out on the football field when he is getting ready for a game. He is practicing. The point of opening the door is not the opening of the door. The point is that he is performing a small action as part of a larger effort to learn to treat girls with courtesy and respect when it comes to more important matters. As Jesus said,

A first grade boy who opens a door for a girl is training to be a good husband and a good father someday. He is training to see girls in high school and college as people he has an opportunity to serve, not people who exist for himself. “Discipline is in the details,” as the saying goes, and part of the importance of chivalry lies in the idea that small, unnecessary actions make a big difference in the long run by reinforcing the right kinds of attitudes and character.

2. The Example of Jesus Christ: Any time we choose to serve others, we are following the example of Christ:

Do nothing from selfish ambition or conceit, but in humility count others more significant than yourselves. Let each of you look not only to his own interests, but also to the interests of others. Have this mind among yourselves, which is yours in Christ Jesus, who, though he was in the form of God, did not count equality with God a thing to be grasped, but emptied himself, by taking the form of a servant, being born in the likeness of men. And being found in human form, he humbled himself by becoming obedient to the point of death, even death on a cross. (Philippians 2:3-8, ESV)

As Christians, we see great value in opportunities to defer to and to serve other people. Jesus, though he was God, came to earth as a man. He loved his disciples, even taking on the role of a servant by washing their grimy feet (John 13). He did not come to be served, but to serve (Matthew 20:28). This sort of selflessness is precisely what chivalry is all about. A medieval knight may have been a mighty warrior with great power, strength, and status over others, but chivalry led him to put others first. This is hard to do, which is why we should take every opportunity to practice.

As we seek to bring back chivalry in the twenty-first century, we should speak frequently to our boys and young men about how they can conduct themselves with integrity and honor toward others. How can they be faithful in the little things, so that they will learn to be faithful in the bigger things? How can they follow the example of Christ by choosing to love and to serve even when it is not required? How can they do this through daily interactions at home, at school, and on social media (that last item may require quite a bit of thought and discussion!)? And, how can we model for them how this ought to be done?