The Fine Arts at CCS

All art—whether painting, dancing, music, drama, or literature—is a gift of God. God, who created all things, gives us our aesthetic standard for what is true, good and beautiful. At Cary Christian School we are working to reclaim the arts for Christ and resurrect their true purpose, which is to illuminate God’s truth. The art we make reflects what we believe about the Triune God. When God created all things He gave us a paint box of many tools, including joy, laughter, comedy, sorrow, pain, tragedy, light, and dark. Here at CCS we use the gifts and tools that He has given to us in order to explore His creation, His character, His story.

All students, K-12, at Cary Christian School have opportunities to participate in fine arts programs, either through regularly scheduled classes or electives.

Band students regularly audition for, and perform with, regional and state orchestra and bands. The band classes hold two concerts a year, both in the Logic and Rhetoric schools. Almost half of the upper school performs with the Concert Choirs and a select group of students tour and perform with the Chamber Choir. Past tours have included trips to Washington, New York, and New Orleans. Both Logic and Rhetoric school choirs hold two full concerts a year.

Visual Arts students send art pieces into the community for competition and display and compete for the ACCS Blakey Prize for Fine Arts, a nationwide competition. We currently do an annual art contest and Gallery night to showcase the work of our students.

Drama students present several one-act competition pieces, in addition to our two main stage productions each year. Productions consist of both classical and modern work and have included pieces by Shakespeare, Wilde, Brontë, Wodehouse, Poe, and Austen, as well as Wilder, Saroyan, and Kaufman and Hart. Both Logic and Rhetoric school Drama students participate in the North Carolina Theatre Conference Regional Play Festival, where many of our pieces are student-directed. Drama students are encouraged to participate in every aspect of the production experience, from play writing to set design. Students have had the opportunity to travel to the United Kingdom, where they visited Shakespeare’s birthplace in Stratford-upon-Avon and participated in acting workshops in London at the Globe Theatre.

Arts students have participated in regional, state, and national arts competitions and have won multiple awards in every discipline.

Opportunities for our students to be enriched in the areas of drama, choral and instrument performance, and art are vital to a well-rounded education.  Your gifts in this area will assure that these experiences will be available and that they will be of the highest quality.

Donate to the Arts Fund

Gallery – The Fine Arts at CCS 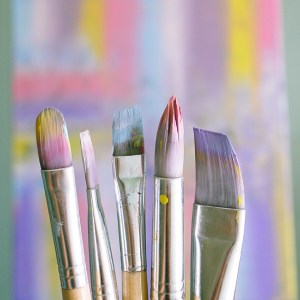 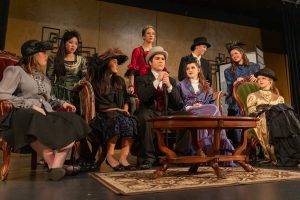 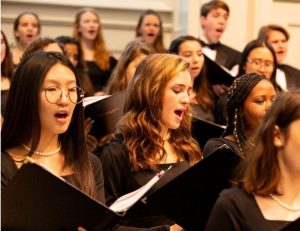 View More Articles from “The Forum” >>