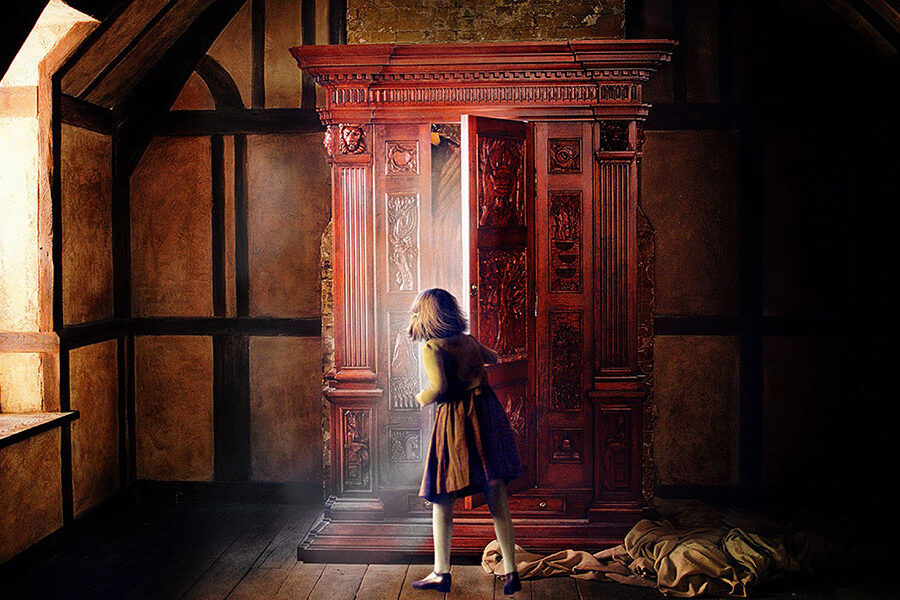 During my first year as a teacher, there was this moment. We were discussing The Lion, the Witch, and the Wardrobe, and the students were trying to prove they were smarter than Edmund. They were adamant that they would not have fallen for the lies of the White Witch. They were all confident that her obvious flattery would not have fooled them. They remarked:

“What was so special about him?”

“Why should he rule over his brother and sisters?”

“Why should he rule at all?”

“Clearly, the White Witch was up to something.”

Another student joked that, for the right type of candy, he would betray his brother. This was the perfect set-up. The concept that Edmund’s self-absorption was skewing his ability to be thoughtful was in the back of the mind of every student. I just needed to do my part and bring those thoughts to the front of the mind. Something remarkable was about to happen. All I had to do was make the subtle transition from Lewis’ story to “the Story,” God’s story. I just needed to “land the plane.”

Then, a young lady raised her hand. Assuming she was going to say something poignant and brilliant, I called on her. She then asked: “Is this going to be on the test?” I responded sarcastically, and the moment was gone.

People become teachers for certain moments that can rightly be called sacramental. It is the experience of teaching an idea or honing a skill so well that students respond in wonder and awe. They sit-up straight. They lean in. It is the moment that turns the conversation deeper. It is the moment when they move from discussing Edmund, to discussing goodness, to discussing the one who embodies goodness, Christ, and ultimately the mysterious connection between wisdom and faith in Christ.

The truly great teacher knows how to make this deep shift without changing the subject, moving students from discussing a particular idea (in this case, flattery) to contemplating the universal principle behind the idea (goodness), to discussing how experiencing the universal principal should change the way we act and feel.  At first this looks like chasing tangents, but we soon realize these teachers are guiding us not to a different subject but into a different realm.

The Sacramental Moment and the Moral Imagination

To deepen our understanding of these sacramental moments, we can go back to the eighteenth century, to the days of British statesman Edmund Burke (1729-1797). Living during the days of the American and French Revolutions, Burke supported the cause of liberty. He knew, however, that liberty could be abused, and that atrocities could be committed in its name, and for this reason he became a vocal critic of the excessively violent French Revolution. Its central problem, he explained, was a failure of what he called the moral imagination. Using biblical language, he interpreted the actions of the revolutionaries:

All the decent drapery of life is to be rudely torn off. All the superadded ideas, furnished from the wardrobe of a moral imagination, which the heart owns, and the understanding ratifies, as necessary to cover the defects of our naked shivering nature, and to raise it to dignity in our own estimation, are to be exploded as a ridiculous, absurd, and antiquated fashion.

First, Burke uses a metaphor or a comparison of concrete objects (“drapery,” “wardrobe,” “naked,” “fashion”) to help us understand an abstract idea (“moral imagination”). Thus, first, we must stir our feelings about our draperies or our garments.  We must think of our closets (“wardrobes”) where we keep our clothes.  We must remember our fear of being seen naked. We must remember our embarrassment when someone calls our stye of clothes weird (“ridiculous”), mismatched (“absurd”), and out of style (“antiquated”).

He also assumes that we will see the biblical imagery. He wants us to see in our mind the man and the woman of Genesis 2 who were able to stand in community “naked and unashamed.”  He wants us to see how in their act of sin, their righteousness was lost, and nothing was left to “cover the defects of [their] naked shivering nature.” Finally, imagine God, in His mercy, clothing them in garments of righteousness or the “decent drapery” that empowered them to see their own dignity.

Now that we have the concreteness of the metaphor and the biblical imagery in the front of our minds, we can turn back to the abstract point. We begin with an unusual phrase: “superadded ideas.”  These are ideas that are discovered by sacramental moments or by stepping between two realms.  We gain an understanding or develop a skill so well that we respond in wonder and awe.  From that moment on, we see this “thing” we have studied as something more than what I see and what I hold. I have experienced its beauty, its goodness, and its truth. Thus, I now have an idea in my mind about the object that could arguably be added to the object. But, did I make it up?   When we call a bride in her wedding dress beautiful, are we illogically imposing incongruent sentiments upon a girl in a dress?  Or, are we superimposing the memories stored in the “wardrobe” of our imagination upon a moment to which these sentiments naturally fit?

Let’s absorb Burke’s point.  When the leaders of the French Revolution dragged Marie Antionette to the guillotine and chopped off her head, they were doing more than changing a government. They were ripping off the “decent drapery,” our superadded ideas.  Our convictions about chivalry and our respect for others are being cast aside. Thus, all of us are left exposed. In our nakedness, there is nothing to separate us from the beasts.

Burke’s goal was to prepare his audience for encounters with men and women who have not developed a moral imagination through sacramental experiences, but who have let experiences harden in them what T.S. Elliot would later call a “diabolical imagination.” These are men who have rejected the universals of goodness, beauty, and truth and therefore have nothing to cover the defects of their nature. Thus, in their moments of contemplation they did not experience the awe and wonder of goodness, beauty, and truth but the angst of nothingness. They stand naked, without any hope for justice, mercy, or love, and in their shame seek to bring anarchy and chaos.

They went to schools that did not offer them sacramental moments to experience the joy of being adorned in goodness, beauty, and truth. Or they rejected what was offered. Their wardrobe is empty.

Our times, in the end, are not harder than any other time. The problem is that we lack the wisdom life demands and that which “an excellent classical education founded upon a biblical worldview” provides. The world needs adults who spent their childhood standing in the presence of God experiencing His being through these sacramental moments and learning how to bring His glory back into the world.