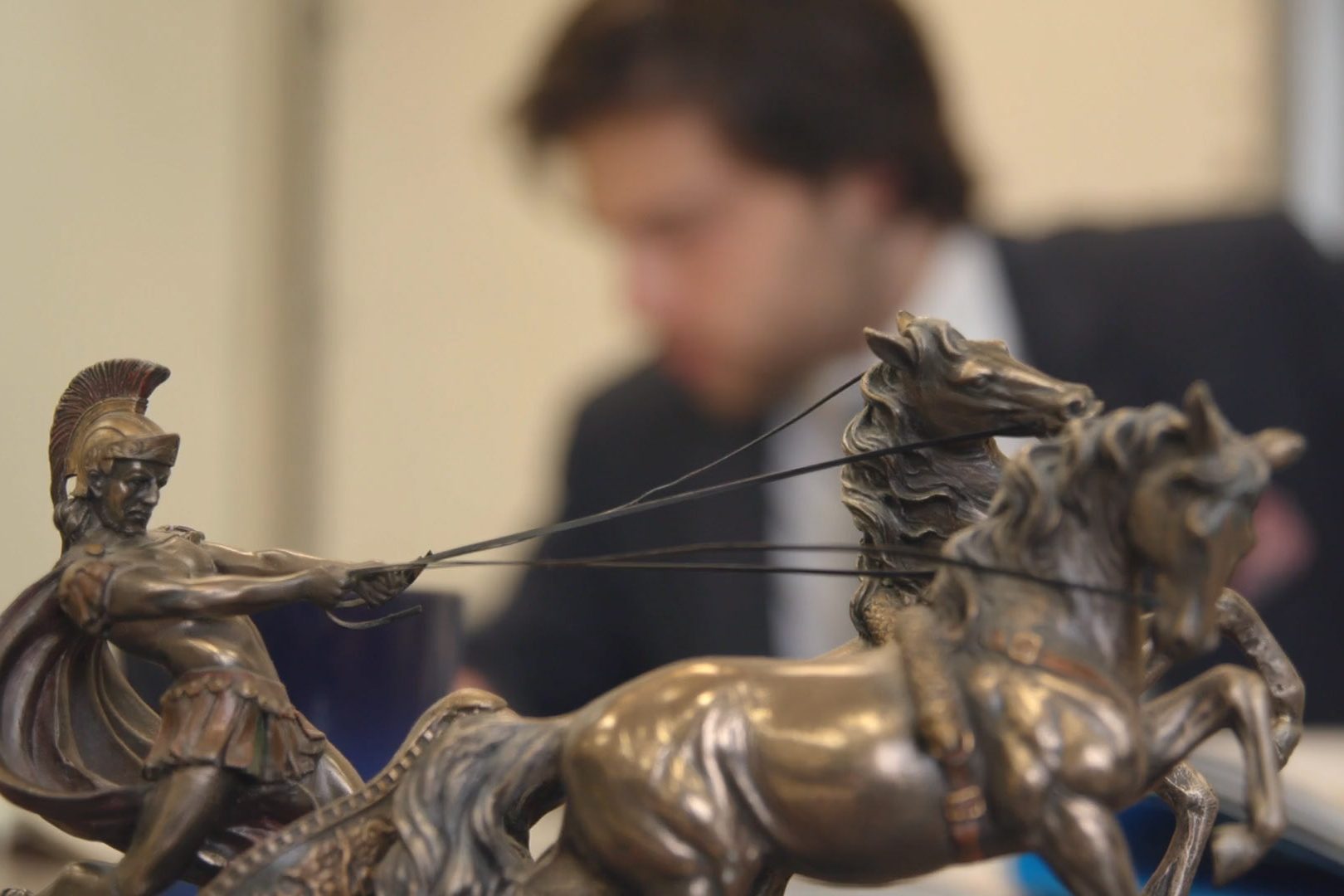 Since the beginning of the classical Christian Education movement, Latin has been a distinctive of schools that seek to study God’s Word and the great tradition of learning in the West. As Dorothy Sayers claimed in her seminal essay “The Lost Tools of Learning,” “a rudimentary knowledge of Latin cuts down the labor and pains of learning almost any other subject by at least 50 percent.” While we would do well to keep such a reason at the front of our minds, it is all too easy to forget why we teach Latin, reverting to the idea that we learn Latin simply because we’re a classical school—and also to the idea that we’re a classical school because we learn Latin. But there are real and good reasons for Latin instruction, and I’d like to share a few of them with you.

The first reason we study Latin is that it draws the student into the ancient mindset in which the New Testament was written. During the Classical period, the Roman Empire was the undisputed power of the known world, and Roman thought permeated the Imperial provinces and neighboring states. The problems of the first century A.D. were posed and addressed in Roman terms. Concepts of independence, freedom from tyranny, and slavery were likewise construed in the context of Rome. When Jesus spoke to the Jews, he spoke to Jews trying to figure out how to keep Torah in the context of the Roman world. Because thought is inextricable from language, students of Latin can begin to grasp the Roman perspective towards the ancient world. Further, they can apply this perspective when they read Scripture. Doing so, they approach the ancient world through the eyes of the ancients. Students learn skills that deepen their understanding of the gospels, the writings of the apostles, and the words of Christ himself.

While Latin provides our students with an ancient perspective, it also maintains a timeless gravity that connects with all people, regardless of era. Studying the great works of Latin allows students to connect intimately with authors and civilizations from thousands of years before their birth. As students read Latin, they realize they have much in common with ancient peoples and can learn from them. Reading about Aeneas’ wanderings, Caesar’s strategies, and Cicero’s courtroom defenses, students learn the values of piety, discipline, and elegance. Translating Catullus’ funerary poems, they learn to cherish their loved ones more and become better prepared for the pain of loss that all people endure. The connection from the present to the ancient past, with its loves and hates, triumphs and disasters, philosophies and arts, is an outcome of Latin instruction that is exceedingly valuable.

A final reason lies in Latin’s oft-maligned sentence structure. Latin is a language made for considering the mysteries of God. Its very syntax informs students of this. Contrasted with English, Latin’s word order frequently places the verb at the end of the sentence. Nouns, adjectives, and objects all precede, but nothing makes true sense until the reader reaches the verb. This forces students to think cyclically, retracing their steps and putting all the pieces of the sentence together before its beauty unfolds. This perfectly mirrors much of the Christian life. At times, it is difficult to puzzle out the various hardships we encounter and to make sense of it all. Career trouble might serve as direct object, while a strained familial relationship might resemble an unfamiliar adjective. Just as for the Latin student, things only click into place when we find the verb, then go back and connect the dots. Of course, in life the “verb” is Christ, our savior, the author and perfecter of our faith.[1] It is only Christ who can heal us, comfort us, and unfold the beauty of life before our eyes. Many, if not most, students will never consider this idea before beginning their college or professional careers, but all will be better for it, just the same. Whether they realize it or not, Latin trains their subconscious to develop introspection just as much as it teaches grammar.

This final argument does not suggest that learning or mastering Latin is a prerequisite to a profound understanding of and relationship with the Lord. Latin is neither a sufficient nor a necessary condition for knowing God. However, Latin can serve as a vehicle by which men may delight in His name. Whether by rejoicing in the thoughts of the medieval theologians or simply relishing the logical organization of the language, we can experience God in Latin. In this sense, Latin directly serves the true and final end of all education: to better understand the glory of God so that we may rejoice in Him forever.