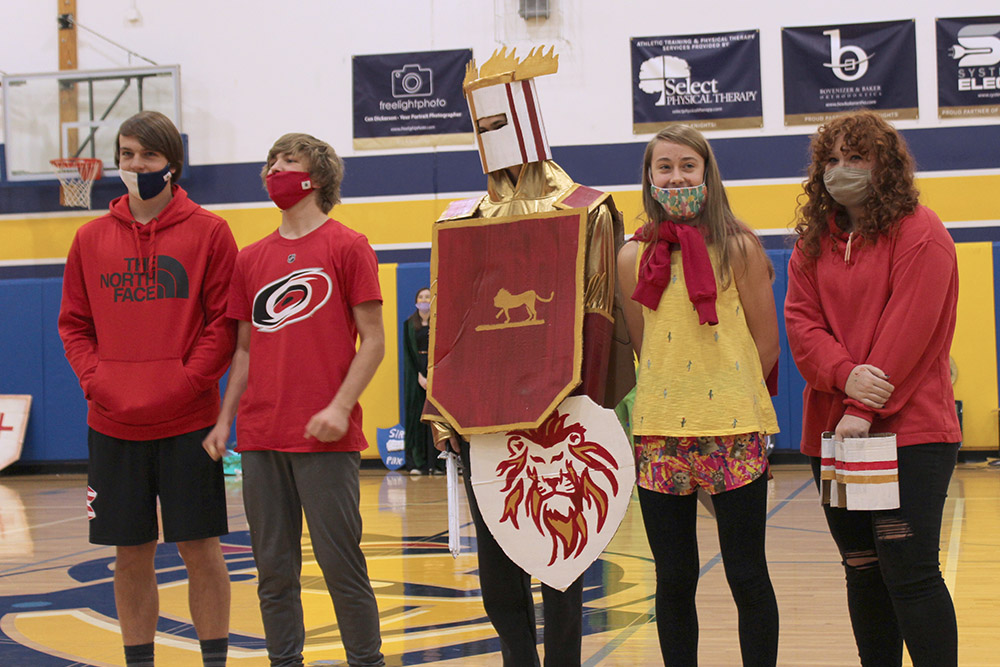 What is Knights’ Fest?

Field Day? Spirit Week? A study of medieval history? A time of fellowship and fun?

For about twenty years, Cary Christian School has celebrated Knights’ Fest with a week-long event that includes games and costumes. Knights’ Fest occurs during the first week of February to brighten the winter months. Over the course of the week, students enjoy dressing up in daily themed costumes, participating in House games, supporting their peers in the Trebuchet Competition, and cheering on classmates in the Knights’ Cup.

One of the most memorable and unique traditions of Knights’ Fest is the Trebuchet Competition. In keeping with the medieval theme, each grade (9-12) has the opportunity to build a medieval siege weapon, known as a trebuchet, designed to launch a potato across the baseball field. The grade that can catapult its potato the farthest wins. Each year, student questions include: “Who will defeat the seniors?” “Did the freshmen know that they needed to build something?” “Should we camp out on the football field to protect our weapon from sabotage?” The Trebuchet Competition is a special tradition that combines the history of medieval weapons with the camaraderie and excitement of student-created designs.

In addition to the Trebuchet Competition, there is another significant event that defines Knights’ Fest: Knights’ Cup. Knights’ Cup is a CCS tradition that began years ago with the study of the Anglo-Saxon romance novel, Ivanhoe, in 11th grade literature class. Originally, students wrote a ballad and created armor for a knight of their choosing based on their study of Sir Wilfred of Ivanhoe. Over time, the tradition shifted from focusing on a specific text to instead emphasizing the medieval knights’ code of chivalry and honor. Now, our 10th grade students write ballads and create armor as part of their medieval literature class.

Per tradition, on the day of Knights’ Cup, the top three finalists from the 10th grade knights’ competition gallantly march onto the field, announced by their king, a pre-selected teacher. The student squires read their ballads, presenting their knights to the eager crowds. The three knights with their teams of squires and “horses” (students who carry the knights, piggy-back style) then face off in the ultimate test of chivalry: a physical relay race to rescue their damsel from the dastardly dragon, otherwise known as Mr. Terhune.

Picture students dressed head-to-toe in the colors of their knight cheering on the sidelines, students, or “horses,” racing across the field picking up pieces of armor to dress their knight, a group of damsels being guarded by the dragon, and exhilarated fans watching expectantly to see which knight will leave victorious. Only one knight will prevail and be crowned the winner of Knights’ Cup—an honor students proudly claim.

A tradition unlike any other, Knights’ Fest is often a favorite time of the year for students. It is a time to marvel at the history and culture of the medieval world, to grow in fellowship, and to simply have fun. Knights’ Fest is a tradition that continues to be one of the many ways Cary Christian School is set apart in its pursuit of students’ minds, hearts, and souls.