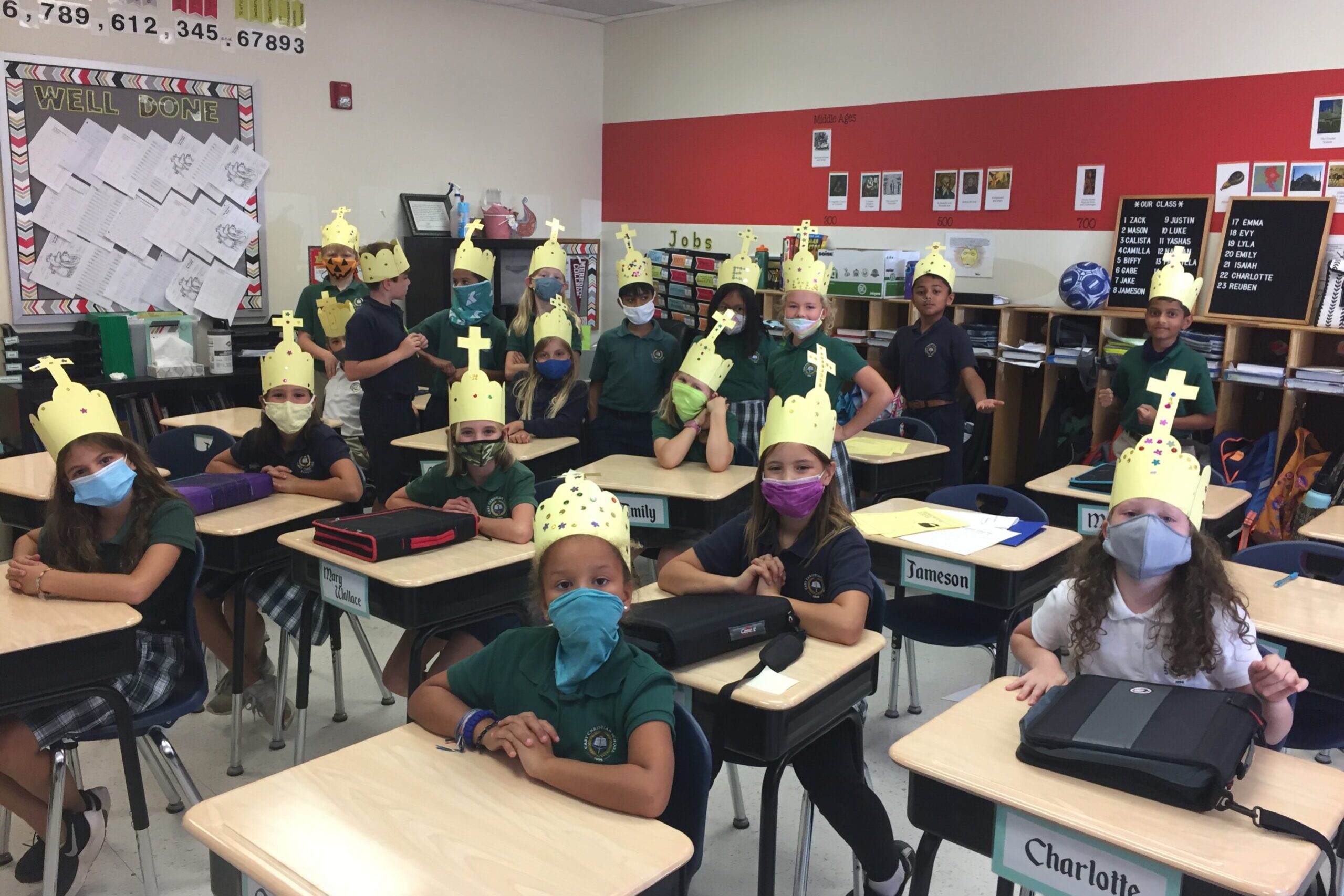 As a lower school teacher, you must be an expert multitasker. In the span of one minute, you may be helping one student with a math problem, opening a thermos for another, and spelling a tough word on a scrap piece of paper, all while keeping an eye on an evolving argument at the back of the room. It is easy to get sucked into the mindset to set a schedule and plow through the day in ten-minute increments. Rabbit trails are lurking around every corner—so much so that we use sign language when students raise their hand to give the teacher some indication if they have a question or comment (AKA rabbit trail).

In early December, we studied the Old Testament story of Shadrach, Meshach, and Abednego. Many of the students were familiar with this story of three faithful men that were willing to die in a fiery furnace rather than bow down to King Nebuchadnezzar’s image. The students were glad to hear that the men made it out of the furnace completely unharmed. They have heard the story many times throughout their childhood, but one student’s comment would send us on a rabbit trail that I won’t soon forget.

He raised his hand in the shape of a “C” for comment. I looked at the clock and said, “Go ahead, one last comment and then we’re moving on.” He stood up and told the class about how his family has a friend who is a missionary in China. After being imprisoned he was recently killed by the Chinese government officials. The personal connection to this story caught the attention of the other students. From this point on, we weren’t focused on the clock or our daily to-do list or even that we were approaching lunchtime. In this moment, we were a family talking about something above us, something huge, something Christians all over the world were dying for.

We returned to our story of Shadrach, Meshach, and Abednego and thought about how much faith it must have taken to walk into the fire. I explained to the students that people have been faced, sometimes even at gunpoint, with the question, “Do you love God?” and knew that if they answered “Yes” that they would face certain death. It was a risky move as a teacher of ten-year-olds, but I asked them to raise their hand if they felt that they could say “Yes” to Christ in a situation like that. A number of hands went up. A few students became a little teary-eyed, but I knew them well enough to know that they weren’t scared by the story. I asked one of them, “What are you thinking about right now?” The student responded, “I’m sad because I don’t know if my faith is strong enough to say yes.” WOW! A ripple went through the class as we each examined our own hearts and saw that we were also lacking.

The conversation continued as we discussed being a missionary, and a number of students raised their hands to say that they were interested in becoming a missionary as an adult. Some were so eager to profess their desire to pursue missions that they practically jumped out of their chairs. Following a conversation about analyzing our faith, it would be expected that the students who didn’t feel called to missions at such a young age felt like they were not as “Christian.” This was a great opportunity to remind them that missionaries wouldn’t be able to serve the way they do without the financial support of the scientists, doctors, engineers, teachers, etc. We all play a role in missions.

We felt God’s presence in our classroom that cold December morning. I will hold that sacramental moment in my heart for many years to come.