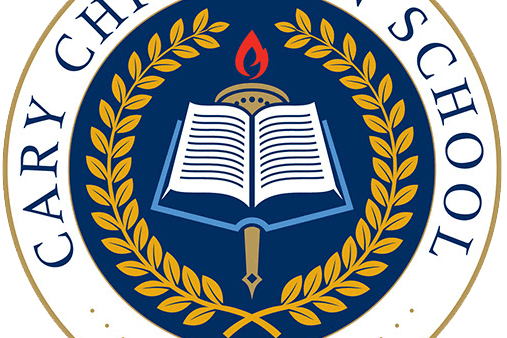 It has become commonplace and expected that schools that are worth their salt field some sort of athletics program.  The reasoning for the inclusion of sports in the life of a school generally revolves around health and fitness, character development, and the like.  This is all well and good, but are these good enough reasons to spend the resources in time, talent, and treasure that such an endeavor certainly demands?  In creating a distinctively Christian education for our children, we do not want to include or implement an element simply because the other guys are doing it.  The other guys might be doing something really unwise.  So, why would we want to include athletics in what we do at Cary Christian School?

People develop, participate in, and enjoy sport because it is a microcosm of life.  Human beings have a “play instinct” that imitates aspects of reality.  Sport is an endeavor in which the point, ultimately, is to achieve a goal by negotiating through, around, and over obstacles that seek to impede one’s accomplishing that goal.  This is life.

Followers of Christ are told repeatedly in Scripture that they have an objective, which is to make all things subject to Christ.  Christ wants to have what is rightfully His, that is, control over the entire universe.  Scripture tells us as well that there is a counterclaim to the universe.  Christ has an enemy.  Satan desires the universe for himself.  Now, we have all the makings of a War (that is, a competition).  This war has been raging since the first moments of Creation and will continue until the final “Nike” (Greek for victory) of Christ at the Last Day.

War always involves armies.  God’s army is made up of His people.  Military references are replete through Scripture, not the least of which is Paul’s admonition in Ephesians to “put on the armor of the Lord” in order to withstand and compete against the onslaught of the enemy.  In sport, participants have the opportunity to practice putting on “armor” in order to practice being warriors.  In the same way that a young boy might develop a “taste” for construction by playing in the dirt; in participating in sport, young people have the opportunity to train their minds, bodies, and spirits to compete…to oppose…to achieve victory against those who would seek to defeat them and their aims (and our enemy, Satan, seeks to do just that).

This does not mean that when Cary Christian School tees it up against the other team, that the opposition is the incarnation of the Kingdom of Darkness.  It means that we are role-playing opposition in order to be stronger, wiser, and better in order that we may be ready to truly oppose the enemy with all that we are.

Athletic teams are fielded by Cary Christian School for this purpose:  to teach and train young people in the life-skills and wisdom necessary to exert themselves for a good, noble, and righteous Cause.