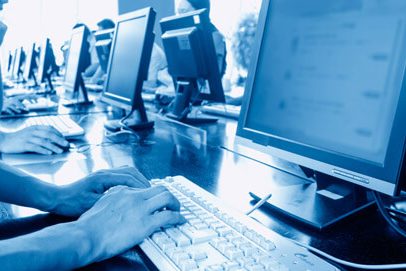 A recent article by Rick Newman, author of Rebounders: How Winners Pivot From Setback To Success, describes a panel discussion hosted by the McKinsey Global Institute that dealt with the question of “Automation, Jobs, and the Future of Work.”  In the article, Newman highlights a common thread through the discussion that highlights what he calls the “uberskill that will always keep you employed.”

Newman describes the skill as “conceptualizing.” He states,

…conceptualizers [are] “the people who can take advantage of technology” and are the ones most likely to get ahead in the digital economy. There’s no standard definition of a conceptualizer, but employers usually recognize them as creative problem-solvers who see the big picture and make insightful connections in ways even a supercomputer can’t. They might have technical skills, but they also tend to read a lot, write well and show curiosity in many unrelated things.

Is it just me, or does this sound like a classical liberal arts education?

A common misconception of a liberal arts education is that it is basically “right brained”—that is to say, writing and humanities based. When I hear someone assert this or something like it, I’m always tempted to ask that person to name the seven liberal arts. I never do, because I don’t want to embarrass the person. They would most likely be embarrassed for two reasons. First, I’m pretty sure they would not be able to name all seven of the arts. Second, if they could name all seven (Grammar, Logic, Rhetoric, Arithmetic, Geometry, Astronomy, and Music) they would realize that three of the seven liberal arts are “left-brained”—that is to say, oriented in math and science.

When a student masters the tools of learning, he or she is equipped to thrive, flourish, and succeed in any field of endeavor.

In a recent conversation with a former CCS student who is pursuing a degree in biomedical engineering at Duke University, he related how much 8th grade Logic, 11th and 12th grade Rhetoric, and Literature classes have been invaluable in his engineering classes. He is able to broadly analyze the “truckloads of algorithms” that are “dumped on you in college” with the skills learned in Logic and then to see connections, draw out conclusions, and posit creative solutions through the capacity to understand the “narrative” of a problem, issue, or situation. Then he is able to winsomely and articulately communicate those ideas due to training through “those Monday Rhetoric speeches.”

In a world increasingly saturated in and oriented around data and information, accumulation of data will not necessarily be key, but rather the wisdom to navigate and to master that information.

Therefore, a student who knows how to think, knows how to learn, knows how to communicate articulately and winsomely, and knows the narrative of the nature of things is going to be uniquely equipped for success.

In short, that classical and Christian education is pretty cutting edge!